How the Woke Fail the Paradox of Tolerance

In 1945, even as the Nazis fell from power, Karl Popper told us how to find the line where free, liberal societies are in imminent danger in his book The Open Society and Its Enemies, most simply summarizing a crucial part of the argument in a short footnote about “The Paradox of Tolerance.” There, Popper lays out a short summary of when a free society should and must not tolerate intolerant movements if it is to survive. It is not only when they espouse and preach intolerance but when they also cease to be amenable to reason and rational debate, forbid their followers from listening to reason and rational debate, cannot be held in check by public opinion, and encourage their followers to respond to arguments with “fists or pistols,” i.e., violence of some form or another. I contend that the Woke, uniquely, have crossed this line in this episode of the New Discourses Podcast. They are absolutely intolerant, will not debate or listen to alternative perspectives, and, unlike all other hate movements that fail those two criteria, have grown to be completely unchecked and uncheckable by public opinion. This places them outside of the range to which tolerance should be extended in free, open societies, and it identifies them uniquely as a threat to their continuance. Join me to hear my argument for how Karl Popper warned us in 1945 so that we might see this situation when it arose. 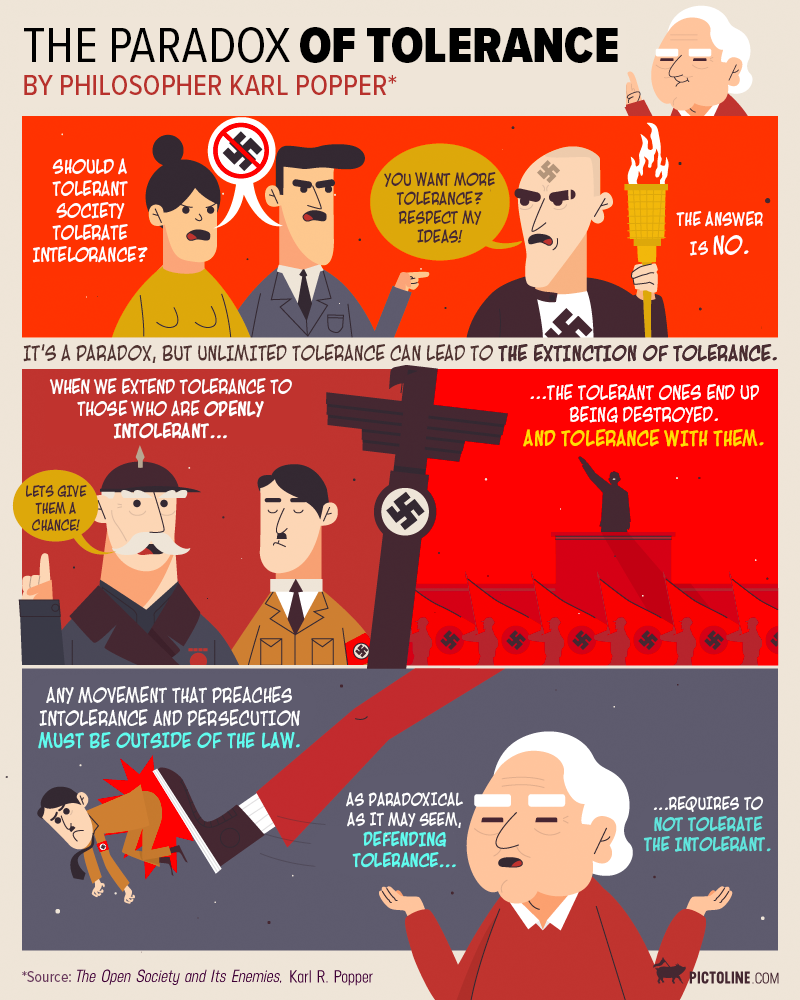 For more on the idea of tolerance, check out the entry on “tolerance” in my Critical Social Justice Encyclopedia and check out the four-part series on Herbert Marcuse’s “Repressive Tolerance” on the New Discourses podcast, Part 1 here.

Previous episodes of the New Discourses podcast are available here.

The post How the Woke Fail the Paradox of Tolerance appeared first on New Discourses.