What is the impact of COVID-19 on Small Island Developing States?

A case study on income inequality in Saint Lucia. 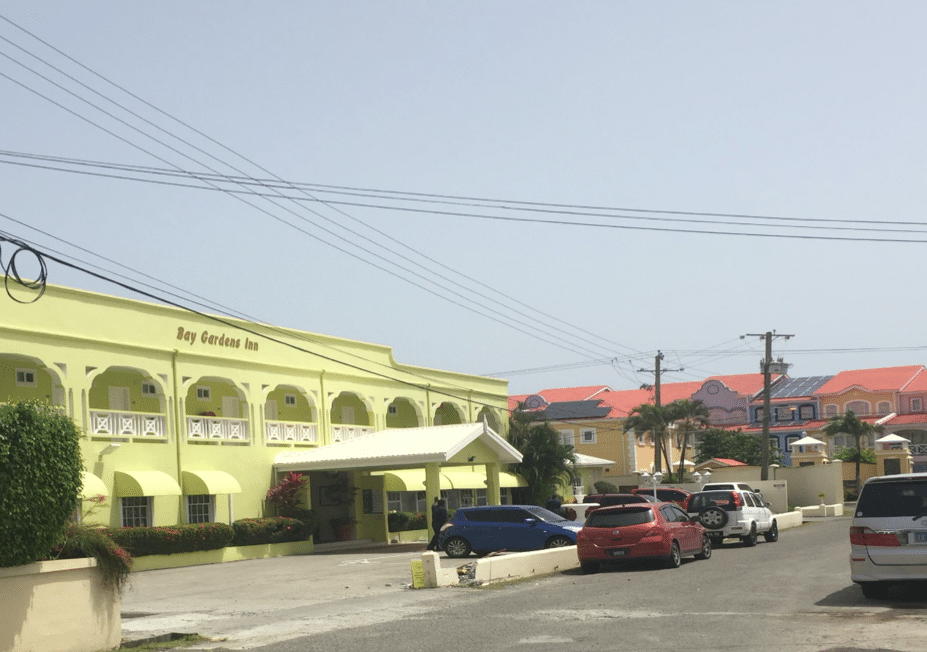 Photo of the Bay Gardens Inn, Saint Lucia, taken by the author in 2018.

Despite its foundations in plantation agriculture, the Caribbean is highly urbanised. Since the return of earlier cohorts of emigrants and the decline of agriculture in the 1990s, Saint Lucia has experienced substantial economic development and construction. Still, the proportion of the total population living in urban areas remains far below average for Caribbean small states. Perhaps this is because of its rugged topography, which limits urban expansion to the northwest corridor and the most southerly tip of the island. Whilst urban households may have been most affected by COVID-19 mobility restrictions due to the risks posed by high population densities, rural households, in representing the majority of the poor population, have borne the brunt of COVID-19 impacts.

According to World Bank data, income inequality in Saint Lucia increased by 20% 1995-2016. In 2016, the top tenth of the population held a share of 39% of national income, and the bottom tenth less than 1%. However, it should be noted that, conversely, the Central Statistical Office of Saint Lucia recorded a very small improvement in income distribution 1995-2005, though this difference was only deemed statistically significant when biased data collection was accounted for. If both studies are believed to be true, then more frequent data collection is needed to verify the rapid growth of income inequality in the decade succeeding 2005.

In the face of COVID-19, income inequality is likely to increase even more sharply due to impacts on both remittances and tourism – two economic factors on which the economies of many Small Island Developing States depend; Saint Lucia is one such example. Though remittance inflows contributed less than 2% to Saint Lucia’s GDP in 2019, 18% of households cited remittances as their main source of livelihood. With decreasing trends in Foreign Direct Investment and Official Development Assistance inflows between 1990 and 2018, the importance of remittances for the Saint Lucian economy will continue to grow.

The probability of receiving remittances tends to increase with income, mainly due to the costs associated with migration. However, when these remittances are received by the poor, they tend to represent a higher share of household income, which helps to explain the positive effect on levels of poverty and inequality. Nevertheless, a low remittance-to-GDP ratio means that distributional effects are relatively small in Saint Lucia. If the ratio were to increase to over 13%, financial inclusion may also increase, which reflects the ease of access, availability, and usage of financial services for all members of a society. This is because remittance recipients are encouraged to deposit their savings in formal banking institutions, though only when certain prerequisites are met. By stimulating financial development, financial inclusion may ultimately reduce income inequality.

Net migration in Saint Lucia has been negative until the turn of the century. Much of the Saint Lucian diaspora reside in the U.S., followed next by the U.K., Canada, and France; the major sources of remittance inflows reflect this dispersion. 3 U.S. states accommodate more than 70% of Caribbean migrants – Florida, New York, and New Jersey – where 4 industries employ almost half of the workforce: healthcare (19%), accommodation and food services (9%), retail trade (10%), and professional services (10%). Leisure and hospitality services were particularly hard hit by COVID-19 and the subsequent measures used to reduce its transmission due to the high degree of personal contact. Hence, unemployment rates in both accommodation and food services, and retail trade soared to 36% and 15%, respectively.

In the U.K., around 44% of Black people (both of African and Caribbean descent) were employed in the public administration, education, and health sector, which is the highest percentage of any ethnic group. In providing essential services which continue to operate as regulations tighten, workers are greatly exposed to COVID-19. Combined with health inequalities and other socioeconomic factors, the large number of keyworker roles mean that Black people are disproportionately impacted by COVID-19 in the U.K. This may have the effect of impeding the ability of Saint Lucian migrants to send remittances back to their families. But, of course, without specific data on the employment of Saint Lucian migrants in the U.K., or even Caribbean migrants, more broadly, this can only be an extrapolation.

The estimated unemployment of 20% of Caribbean migrants in the U.S. means that remittance inflows to the region are expected to fall by 11% in 2020. Saint Lucia may experience the 2nd largest reduction at 17%, after Antigua and Barbuda (18%). In fact, 58% of remittance recipients reported a decline since the end of March 2020. Poor and rural households were disproportionately affected as compared to non-poor and urban households, emphasising the insecurity of remittance inflows as a source of income for the poor, especially during a global crisis. This may only exacerbate an uneven distribution of income.

Agriculture was once the largest economic sector in Saint Lucia, but high costs and the loss of EU trade preferences meant that Saint Lucian banana exports lost their competitiveness, and the number and size of agricultural holdings declined dramatically 1996-2007. With heavy investment, tourism came to predominate, contributing 40% to GDP, employing over 48% of the population, and representing around 81% of total exports in 2018. This is exemplified by 61% growth in the number of international tourist arrivals in the last 20 years.

However, Saint Lucia’s position as the 6th most tourism-dependent country in the world, as of 2019, has made it exceptionally vulnerable to external shocks. Therefore, it must be noted that growth in tourism has not gone uninterrupted by events of global significance. Global trends show that the average recovery of tourism after 9/11 and the 2008 financial crisis was relatively swift (6 and 10 months, respectively), but the remoteness of Saint Lucia may have extended its recovery time as tourists (the majority from the U.S., and the U.K.) favoured domestic getaways, which were far cheaper, over long-haul flights.

Once again, Saint Lucia’s remoteness has made the rebound of tourism particularly challenging during COVID-19. Accessible only by cruise ship or aircraft, the tourism industry has been devastated by global travel restrictions which aim to hinder viral transmission. 3 recovery scenarios are suggested, which modify the total loss of tourism activity in 2020 relative to the historical norm. The first scenario is a 44% loss resulting from 50% recovery by Q3 of 2020, and 75% by Q4. The second is a 56% loss due to 25% recovery by Q3, and 50% by Q4. The third is a 69% loss caused by zero recovery by Q3 and 25% by Q4. Given just 7% recovery of tourism activity by August 2020 and a spike in COVID-19 cases in October, a total loss of 69% in tourism activity seems very plausible.

Nationally, 28% of Saint Lucian’s have lost their jobs, mostly due to business closures associated with the tourism industry. As a result, the share of employment in the wholesale, retail, restaurants, and hotels sector has shrunk by almost 11 percentage points – the greatest decline of all major economic sectors.

Tourism was once regarded as an industry that excluded poor people and small-to-medium-sized enterprises due to the vertical integration of large all-inclusive hotels with major airlines and tour operators. However, since 1999, the Saint Lucia Heritage Tourism Programme has attempted to make change by deploying strategies to encourage entrepreneurship and better engage local, youth, and marginalised communities. Such strategies have included technical training and assistance, financial support, and favourable marketing initiatives which highlight the wonders of local tours and lodgings, bespoke craft items, and unique cultural experiences.

Nonetheless, though Saint Lucian tourism may be more inclusive of different socioeconomic backgrounds, all workers and businesses are not equally resilient to external shocks to the industry. Poor people have been disproportionately affected by job losses in the face of COVID-19 as compared to non-poor people (29% vs. 27%), even though a far greater proportion were already unemployed (43% vs. 34%). They have also suffered greater losses in income in both wage employment and non-agricultural family businesses.

Given shorter notice of business closures and lacking in transferable skills, the poor have then struggled to obtain new jobs. Some have been given no choice but to return to seasonal agricultural work, which offers lower pay and less consistent employment. Meanwhile, the non-poor, in possession of a greater skillset, have been able to weather the transition into better paid jobs in the professional services and public administration sectors, thus reinforcing existing income inequality.

Greater diversification of the economy is needed to protect and enhance the futures of the poorest households in Saint Lucia. Hope of recovery lies in initiatives such as Recover Saint Lucia, which seeks to revive the local economy by encouraging the application of innovative and adaptive responses to COVID-19 from citizens, businesses, and communities alike.

Zoe Martial is a Geography student at St Edmund Hall, University of Oxford. Her paternal grandparents were born in Saint Lucia.